I finally got around to taking pictures of my gaming setup(s), the images are not the best quality due to lighting issues and things are a bit of a mess organizational wise but here they are.

Denon Audio Receiver (will be getting a 2.1 speaker setup in the near future), Sony VCR 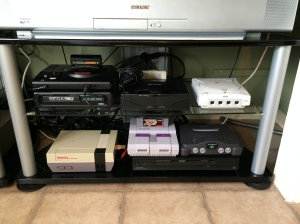 NES, SNES, N64, Pelican Universal System Selector Pro (I am going to Retrobrite the NES and SNES in the near future) 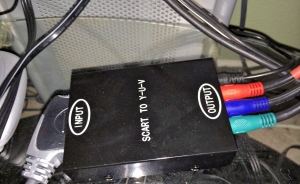 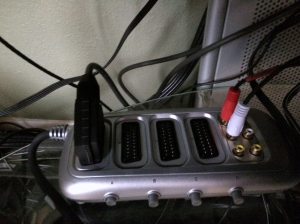 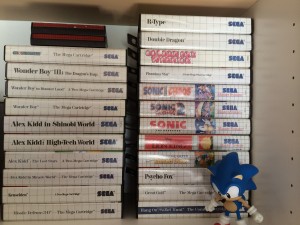 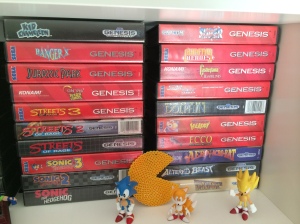 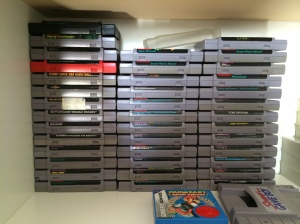 Random game shots to make them easier to read. 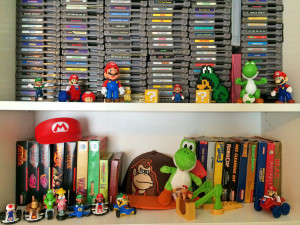 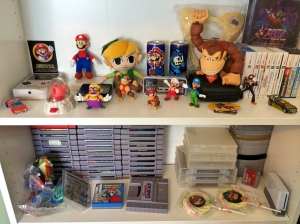 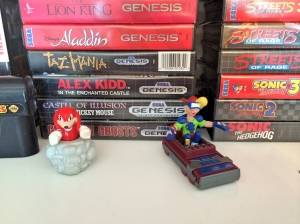 Figures and misc. stuff everywhere, most of these will be moved to their own shelf soon which will be purchased to house the upcoming Amiibo’s. I have some of the new “World of Nintendo” lineup but am missing a few pieces still such as Bowser. Also looking to get a better variety of Sega related figures, hopefully branching out into the non Sonic franchises but they seem to be difficult to track down these days.

Swans M10 speakers and dual Samsung 22 in monitors, I need to add new monitors to the top brackets.

Drawers contain games for the above consoles with the boxes below storing controllers and a controller charging station. 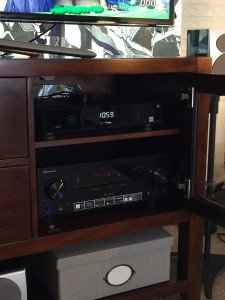