I have been hearing about Watermelon Games and their game Pier Solar on the Sega GenesisMega Drive for some time now but unfortunately each time I would stumble upon it I would find that the game was sold out, luckily a few weeks back I found that not only was Pier Solar back in stock and available but that they had also recently published Sacred Line by Sasha Darko for the Sega GenesisMega Drive as well.

Wanting to pick up the first game to be released on the Genesis in some 10 plus years I jumped at the chance and managed to get a copy of Sacred Line as shown below.

I ordered the Sacred Line BITS (Build It Thyself) edition which comes with a game, manual, and a paper insert or cover for the standard Genesis clamshell case. I will use the clamshell from an old sports game, if you do not have one on hand you can pick one up from a local retro game shop for 1-2 dollars these days. 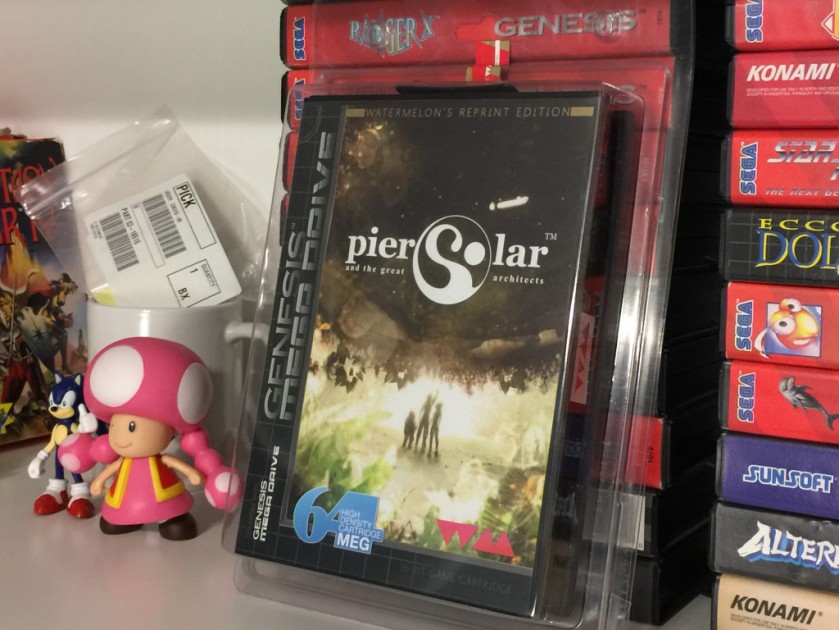 Pier Solar came similarly packaged but with a clamshell as well, everything was well printed and of high quality, both games included stickers that were either Watermelon themed or even one that states “To be this good takes ages”. Fantastic!

Watermelon also released a four disc OST for the game that includes remixes and unused tracks with the fourth disc being an ESD or Enhanced Soundtrack Disc that can be played in your Sega-CD while playing the game for a much improved audio experience.

This is the first time this has been done and the results are fantastic, this is how more games should have been released for the GenesisSega-CD combo when the consoles were on the store shelves!